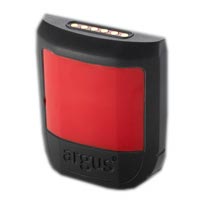 The Argus Mi-TIC standard rechargeable battery can operate the camera for over 2 hours and features a thumb operated latch that allows it to be easily removed and re-attached to the camera during an exercise or back at the station.

We use cookies to ensure that we give you the best experience on our website. If you continue to use this site, we will assume that you agree.Accept cookiesNo, thanksPrivacy policy