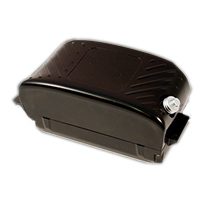 The Argus4 Video Capture Pack (P7030VC) can store up to 8 hours of recorded video. Whilst  in recording mode, the video capture battery pack will power the Argus4 for 2 hours. It’s as simple to fit as the standard battery but allows for video capture and can be downloaded via a USB cable.